The biggest annual summer event of Croatian Rab island is the Rapska fjera, in the last week of July. This festival pretty much summons all that the town of Rab is about. However, placed in medieval times. It is an enactment of life in the Middle Ages, lasting for three days, where a big number of locally organised groups, as well as artisans have their performances. This includes dressing in medieval clothes, and the entire old town being decorated as well in that fashion. With the famous four towers, narrow stone streets, churches and high stone walls constructed to protect the town, Croatian Rab town looks medieval as it is. But on an event like this there is a life given to it, with smoke rising from the traditionally prepared fish on fire, bread made from corn flour that is being milled right there, by a hand operated stone mill. Music of those times going on in the background makes it even more alive. Smith working on iron or stonemasons working on a new mill will be glad to show you their art. Artists are here with their galleries, as painters, or sculptors are many on island Rab, finding the island to be a place of inspiration. Maidens will teach you to braid your hair in their salon along the stone street, and olive oil producers will show you how it was done before machinery. Chefs will persuade you to try some of Rab’s traditional pastry or meals, like Rapska torta (Rab cake), or salty cheeses, like the goat cheese of the island, and olives. Wine of the island, of course, will go along with all of these. Streets of the old town are many, but as one strolls in such an atmosphere, he forgets about time, and enjoys the present. Pretty much, that is the point of holidays. 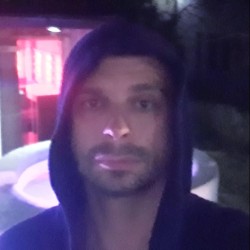 Contact me:
Latest posts by Marin Crnic (see all)

How to get to Croatia, island Rab and Villa Agata